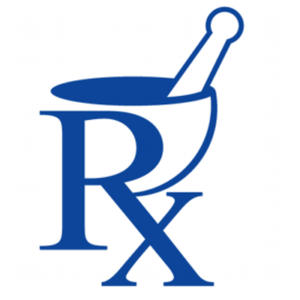 May 6, 2016
Real Scientific Hemp Oil™ (RSHO™) received approval from ANVISA, the Brazilian health authority, for its fourth indication, cancer, for patients with a doctor’s prescription.

Brazilian cancer patients with a doctor’s prescription can apply to import RSHO™ for use as a treatment for their cancer. Although RSHO™ and CBD hemp oil are not clinically tested medications for cancer or for the side effects of cancer therapy, doctors and patients in Brazil may import products that have possible benefit for a patient’s condition. Brazil’s recognition of RSHO™’s potential in the treatment of cancer is a first by a federal government.

In accordance to FDA regulations, Medical Marijuana, Inc. makes no claims about our products. However, Brazil’s acceptance of cancer as an indication for RSHO™ may create the opportunity for Medical Marijuana, Inc. to study RSHO™ as an adjunctive medication for chemotherapy and even enter into pre-clinical work to cannabis and its cannabinoids as primary treatments for cancer in the future.

Brazil is already Medical Marijuana, Inc.’s largest single customer for RSHO™, subsidizing the full cost of treatment under medical insurance for those with qualifying conditions, a doctor’s prescription, and government permission to import our CBD hemp oil.

Like many rapidly developing countries, Brazil is dealing with an uptick in tobacco use and obesity, especially among teenagers and young adults. This, combined with a high instance of skin cancer, has added to the growing cancer rate in Brazil.

There is an additional need for cancer treatment in Brazil due to a rare and often overlooked genetic mutation to the p53 gene, responsible for tumor control at a cellular level in humans, which occurs at extraordinarily high rates in parts of Southern Brazil. Those with this mutation, which is passed down genetically through family lines, experience cancer at up to ten times the rate of the general population, often getting cancer at an early age and sometimes experiencing dozens of tumors in their lifetime. Similarly high incidents of this mutation to the p53 gene occur in Paraguay, suggesting a possible link among Latin American countries.

Worldwide, we see continuing trends of cancer growth among developing countries like Brazil, China, and India, stemming from the adoption of unhealthy Western diets and habits, like smoking. As these populations take on the unhealthy habits of modern Western countries, their cancer rates increase. However, unlike Western countries, that are finally seeing progress in their fight against cancer with prevention campaigns and innovative new treatments, cancer centers in these countries are struggling to keep up. The World Health Organization has predicted a 70% increase in new cancer cases worldwide over the next two decades.

Before Medical Marijuana, Inc.’s entry into the Brazilian market, all cannabis products, including those from hemp, were illegal in Brazil. However, since Medical Marijuana, Inc. first exported our RSHO™ into Brazil, the Brazilian government has taken an ethical position in their expansion of access to CBD to an ever larger number of its citizens.

The catalyst for change in Brazil happened when the Fischers, parents of a young girl suffering from epilepsy, fought the Brazilian government for the right to import RSHO™ for their daughter. After learning of the Fischers’ story, Medical Marijuana, Inc. was quick to get involved in what would soon become a countrywide discussion on Brazil’s marijuana policy. Through our newly formed subsidiary, HempMeds® Brasil, we were able to galvanize a national movement for legal access to CBD hemp oil.

In 2014, RSHO™ became the first legal cannabis product in Brazil, a nation of over 200 million people, when ANVISA removed CBD from Brazil’s prohibited substance list. They soon followed this historic policy change with removing the import tax for CBD products and subsidizing the full cost of CBD for patients under their healthcare system. Through our campaign of education and patient advocacy, we have since helped expand the list of indications under which RSHO™ is available with a prescription. Brazil has approved three other indications, epilepsy, Parkinson’s disease, and chronic pain, with several others pending.