Did Congress Quietly Legalize [the growing of] Hemp and CBD Nationwide? 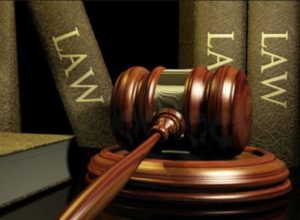 Below are excerpts from a legal opinion article, in case you wanted to learn more on the leg written on 3/32016.  It is shared here for archival and educational purposes. Can CBD and hemp oil be sold nationwide?

Mostly, yes. As a cannabis and hemp lawyer who keeps track of CBD law and its rapid evolution, here’s my argument.

As many of you know, the enormous 2014 US Farm Bill (“the Farm Bill”) contains a small section, tucked deep inside, called “Legitimacy of Industrial Hemp Research.” In this section, Congress legalized hemp in an important, but small way. It did so by carving out an exception to the controlled substances act’s definition of “cannabis” for what it terms “industrial hemp.” Industrial hemp is defined as “the plant Cannabis sativa L. and any part of such plant, whether growing or not, with a [THC] concentration of not more than 0.3 percent on a dry weight basis.”

According to the Farm Bill, a State’s Department of Agriculture may grow or cultivate industrial hemp if it is grown or cultivated “for purposes of research conducted under an agricultural pilot program or other agricultural or academic research” and if the growing or cultivating of industrial hemp is “allowed under the laws of the State in which such institution of higher education or State department of agriculture is located and such research occurs.” As of this writing, at least 23 states have taken the plunge and enacted laws relating to industrial hemp. This is a big boon for the hemp industry- from fiber production for commercial use to CBD oil for medical purposes.

There are some big problems with the way Congress legalized hemp: the Farm Bill is silent on how to obtain or transport hemp seeds; the Farm Bill doesn’t specify what constitutes “research”; the Farm Bill is silent on the legality of hemp’s constituent compounds such as CBD; and the stiflingly low THC limits dampen legitimate research. But the most important problem with the Farm Bill, at least for the commercial sector, is that it doesn’t contain a provision allowing hemp or its products, such as extracted CBD, to be transported from one state to another. This means that US grown hemp must, at least according to the Farm Bill, remain inside the borders of the state in which it was grown.

That crucial limitation has now been lifted by a quiet little passage tucked deep inside an otherwise boring funding bill.

Given Judge Breyer’s opinion in USA v. Marin Alliance for Medical Marijuana, 3:98cv86 (NDCA), which found that the Justice Department unlawfully used funds prohibited from use under a similar omnibus appropriations bill regarding cannabis in its actions against a state-compliant cannabis business, this provision in the Funding Act is a huge victory for the hemp industry. My interpretation is that it allows industrial hemp and its component parts, such as CBD, to be processed, transported to, and sold in all 50 state, including states that haven’t enacted industrial hemp laws pursuant to the Farm Bill. (Of course, states that have made hemp and/or CBD legal within their borders may prosecute under state law.)

Law, News & Articles
CBD Laws
How can Hemp based Cannabidiol be legal?
Can I Get High From Consuming CBD, Cannabidiol-Rich Hemp Oil?